Recently I was asked what my first thought was when, on 12th August, we ended the short-time work period, which Corona had forced upon us and then exactly four days later a cyber attack temporarily transported us backwards into a digital stone age. I can’t possibly repeat what I said at the time, because it is definitely unprintable. We have come through both events – and I’d like to point this out right at the beginning – very well indeed.

In the time of the lockdown
When the first lockdown hit us with full force in March, we immediately introduced a clustering and hygiene concept, which has protected us well so far. Shortly after

we were forced to put the administrative departments on short-time work, mainly due to the stalling demands of international markets. Despite the uncertain situation, we simultaneously decided to keep the production running at 100 %, in order to be able to deliver after this is over. This was guaranteed, not only by a highly motivated team, but also by our purchasing strategy, which ensured that there were no shortages or even breakdowns in the supply chain. 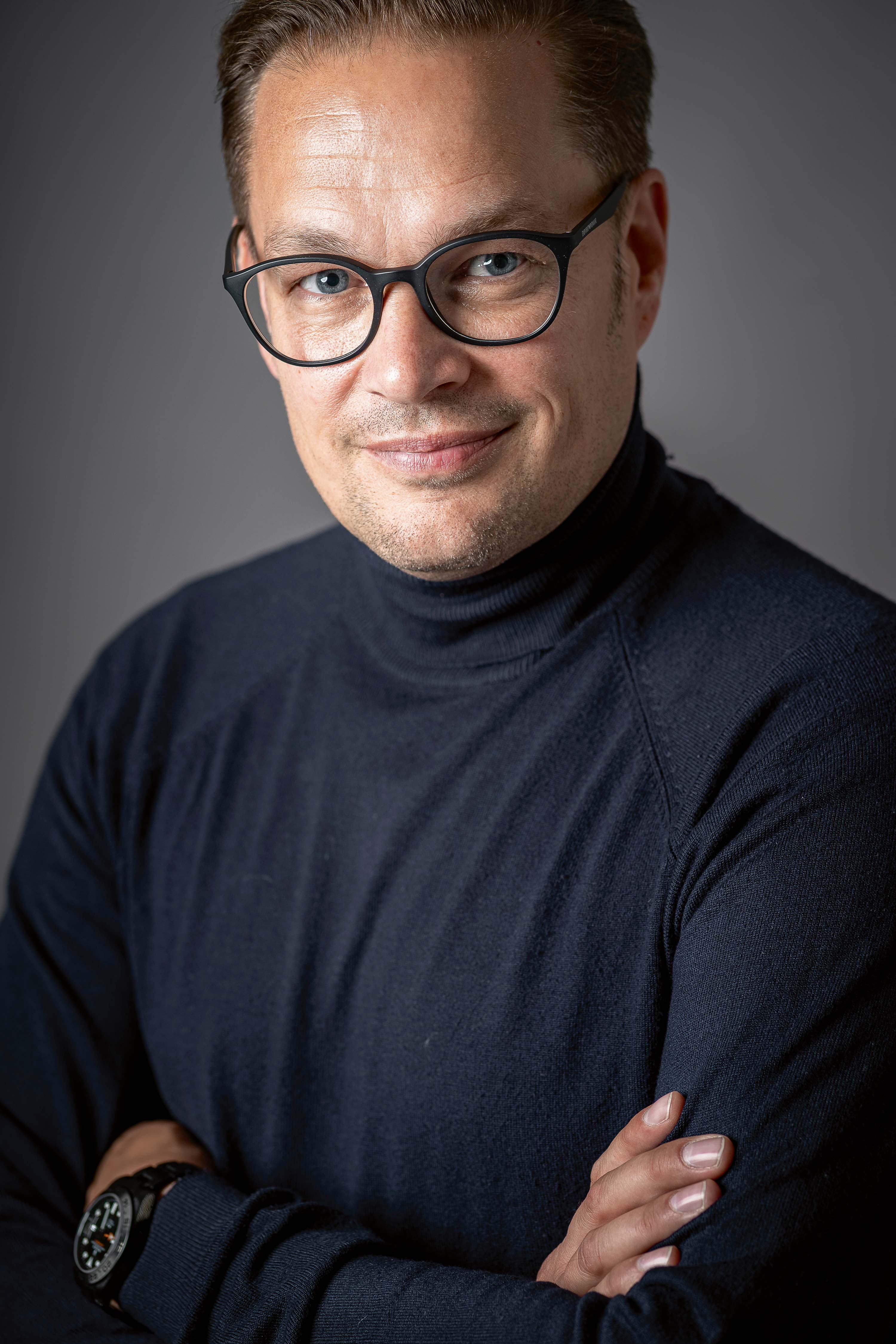 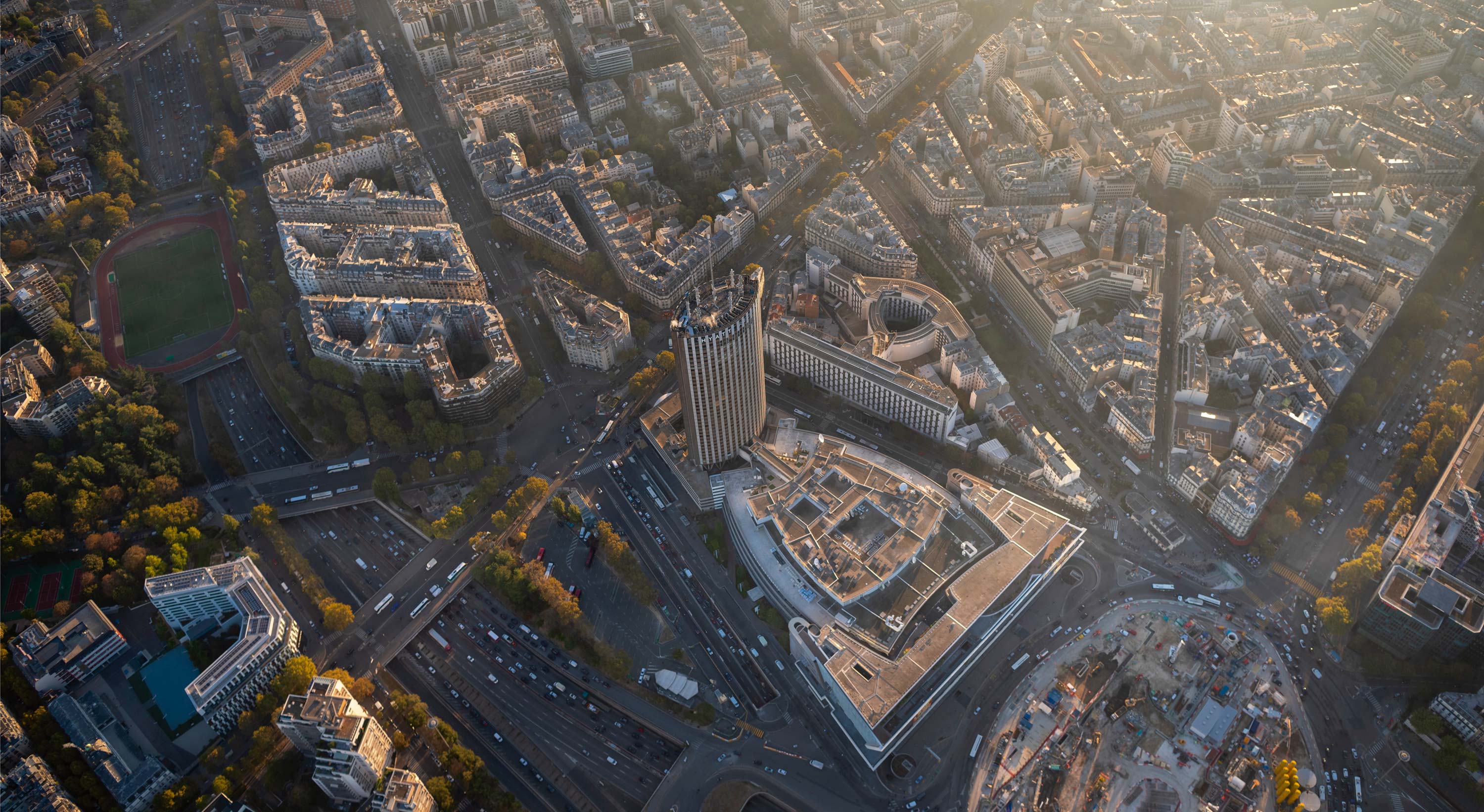 200 km new underground lines, 68 railway stations, up to 150.000 less cars in the city, more space to live, more green areas, total costs of 70 to 80 Billion Euros. That is ‚Grand Paris‘, Europe’s largest infrastructure project for the sustainable development of Greater Paris until 2030. The city is changing it’s look. Just as the railway station Porte Maillot.
There the small GRUNDOPIT PS60 was applied for a huge task. With the Mini HDD rig, 45 PE pipes, Ø 125 mm, 50 m long were installed for hosting pre-stressing cables, which are required during the construction works to support one of the huge walls of the future railway station. 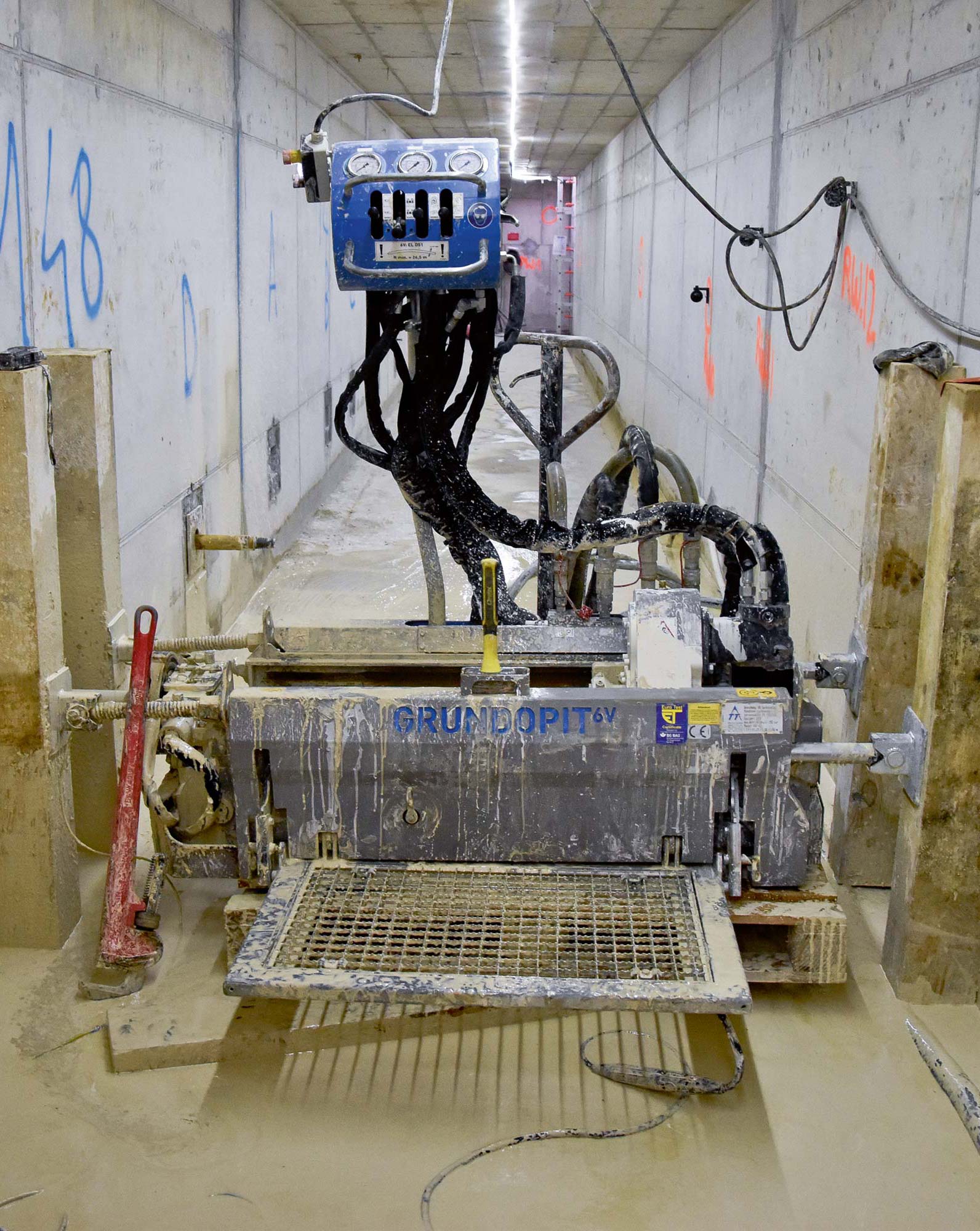 could be saved in comparison to the open cut
method by the trenchless installation of
ND 2.600 sewage pipes over a length of
5,7 km in Warsaw according to a GSTT study.
Source: GSTT Information No. 26, 2011 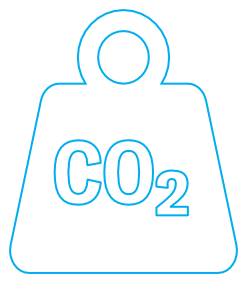 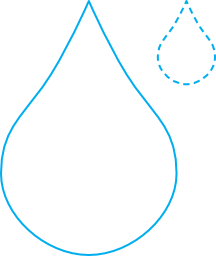 in Italy is lost on its way to the consumer.
A country as a major construction site?
Trenchless technology is the alternative …
Source: Water Management Report of the Politecnico Milan (January 2019)

of those are
more than
50 years 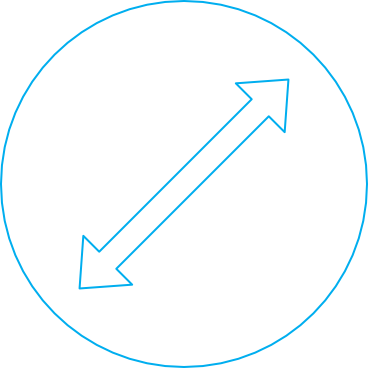 according to NASTT,
even pipes with such
a large diameter are
no problem for the
GRUNDORAM Apollo.

In November the TRACTO family had to say farewell to its owner, Wolfgang Schmidt. The news of his sudden death reached his family, the employees and the whole region completely unexpectedly.

Wolfgang Schmidt was a multi-faceted and passionate person with irrevocable values and a degree of clarity and commitment, which everyone who knew him well will miss.
Find out more
Find out more
IN FIVE SENTENCES
GRUNDOMAT SOIL DISPLACEMENT HAMMERS
NEW GENERATION
1
Strikingly
Precise
Almost nothing can move a GRUNDOMAT off-target. The 2-stroke method with movable head provides maximum penetration force and on-target thrust. The GRUNDOMAT soil displacement hammer can be applied in almost all displaceable soils – with the crowned head even in very stony and dense soil conditions.
2
Extremely
long-lasting
An ingenious sliding and sealing technology ensures an extraordinary durability and permanently maintains the maximum performance of the GRUNDOMAT. At the same time, the service expenditure is minimal. The soil displacement hammer has been designed to protect the power-generating components within from any damage.
3
Especially
versatile
Thanks to a variety of attachment options, such as reverse cone, pull sleeve or PE-pipe connection, the GRUNDOMAT can be applied in all soil conditions – for example, horizontally for direct pipe installations, subsequent pipe installations and steel pipe extractions, or vertically for pile foundations.
4
Totally
reliable
The Premium Quality of all components – such as an inner and outer chromed casing, or specially hardened, corrosion-protected piston, chisel and head – make GRUNDOMAT a model of reliability guaranteeing maximum safety during bore operations.
5
Super
ergonomical
The handling of the GRUNDOMAT is extremely comfortable for the operator and can be adapted to meet his individual needs. For example the gear shift: whether by simply turning the hose for thrust control or simply moving a lever for servo control – the operator always remains in control.

„THERE IS NO REASON NOT TO INSTALL TRENCHLESSLY.“

Whether in the private or in business, the importance of a fast and stable Internet connection has once again taken on a whole new dimension in the Corona pandemic.
Find out more
IN FOCUS PROJECT: SEAWATER BORE WITH HDD IN THE BALTIC SEA AT GRÖMITZ

PUTTING OUT TO SEA WITH HDD

The water park “Grömitzer Welle” is one of the top attractions of the Baltic Sea resort. A total of 1.1 million litres of sea water offer bathing fun all year round on 1.000 square meters water area. When a transport pipeline for a new seawater withdrawal point had to be installed, the HDD method was applied.
Find out more
Find out more
IN OVERVIEW
NEWS IN BRIEF FROM
THE TRACTO WORLD
Service and
Support
STS SPECIAL CIVIL ENGINEERING-SERVICE
Did you know that TRACTO also supports you with all services around your jobsites at home and abroad? The STS specialists will demonstrate our NODIG systems, instruct your drilling crews in new techniques or provide technical and personnel support in case of shortages.

This goes in particular for the complex HDD method. In order to support you with professional knowledge here as well, from 2021 onwards we are offering new training courses, which are tailor-made for practical use. At the same time, safety must not be neglected.
The trainings complement our proven formats “Basic training”, “Operator training”, “Detection technology” and “Detection technology FALCON F5”.
NEW GRUNDOMAT-TRAINING
Safety is the foundation for every construction project.

We have therefore added an in-depth format to our “Operator training” regarding “Safety on the trenchless jobsite”. In this training course you will learn everything you need to know to ensure that your installation projects are guaranteed to succeed in practice.

The training follows the requirements of the Labour Protection Act, serves the training obligation for technical personnel, according to the latest technical standards. 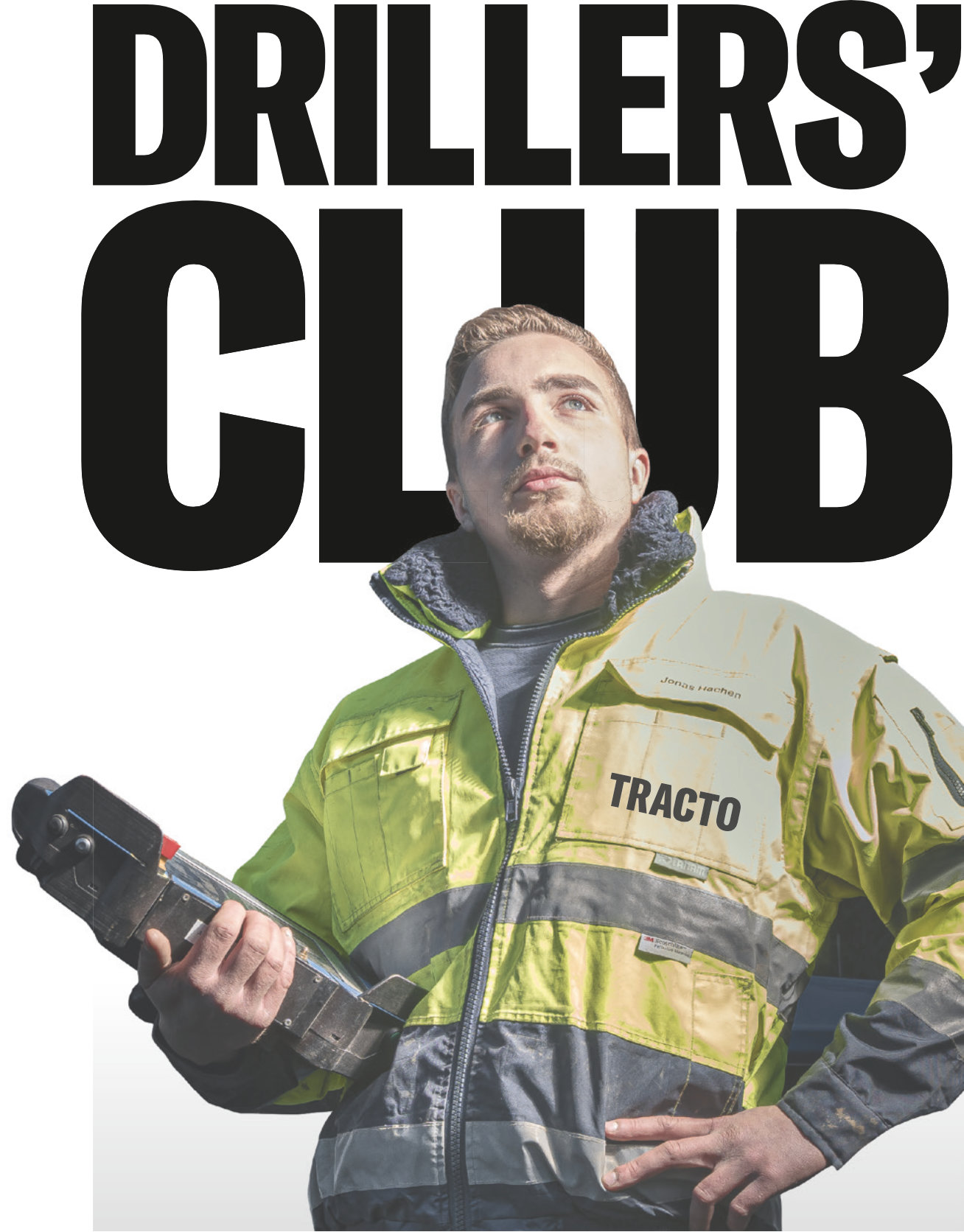 BORE RIG OPERATORS LOOK NOW!
Become a member of the DRILLERS’ CLUB in 2021. You will receive exclusive offers, a members’ magazine, as well as access to the know-how and stories of other members. You also benefit from our expertise and the exchange with other club members. More information in the next INSIDER issue.